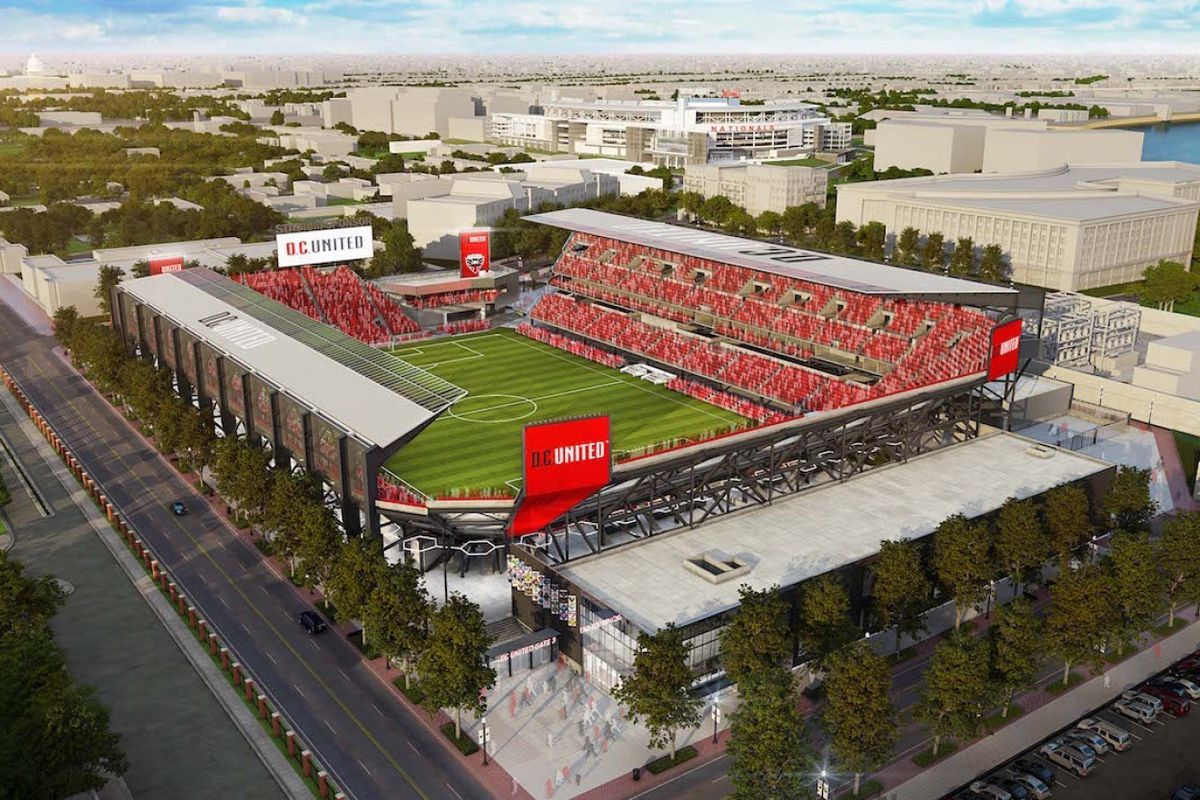 The most decorated franchise in US soccer history -- DC United -- has moved! The Robert F. Kennedy Memorial Stadium has been DC United’s home field since its inception in 1996, but the team now calls the new Audi Field their home. Opened in 2018, Audi Field is a soccer-specific stadium at Buzzard Point just a few blocks from Nationals Park. It also hosts a variety of other sporting and cultural events, community activities, and concerts, making it a year-round destination for fans and DC residents alike. To make sure transportation is a breeze, goDCgo has put together this guide featuring different options for you to travel sustainably to the field.

Navy Yard Metro Station and Waterfront Metro are both on the Green Line and the closest Metro stops.

DC Circulator: As of March 16, 2019, DC Circulator will discontinue the Special Soccer Shuttle for all DC United 2019 season games. Instead, service for soccer fans will transition to late-night bus service in the area.

Due to planned construction of the new Frederick Douglass Memorial Bridge, Circulator will be unable to provide special shuttle service to Audi Field during the 2019 Major League Soccer season. However, bus service hours will be extended on the Eastern Market – L’Enfant Plaza route for DC United evening games. This route will provide late-night service until 11pm for games at Audi Field that start at 7pm or later.

Route 74 has stops along P street which is a short walk to the stadium. See the map below for more information on this route. 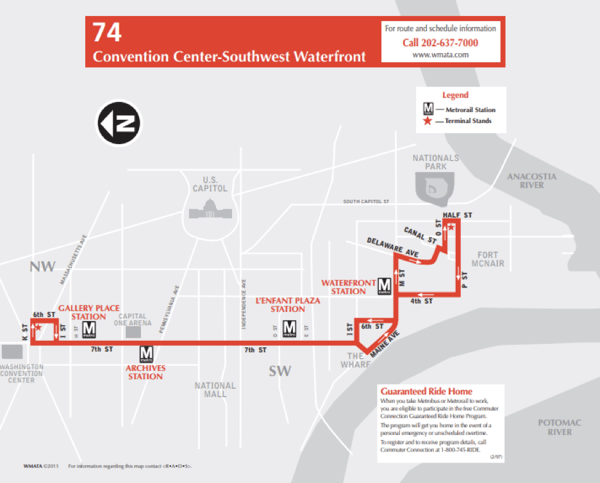 There's a Capital Bikeshare station close-by at Potomac Ave SW & Half St SW. Corral service will be available at this station from 6pm until 30 minutes after the game. For more info about Capital Bikeshare, download the app.

Complimentary Bike Valet is provided by DC United on gamedays and secure bike parking is available at the southwest corner of the stadium.

Dockless Bikeshare and Scooters are a great way to get around the city as well. Check each company’s app (or the transit app) for availability and pricing. Audi Field also features several docks for Lime bikes and e-scooters, along with several bike rack locations in and around the grounds. 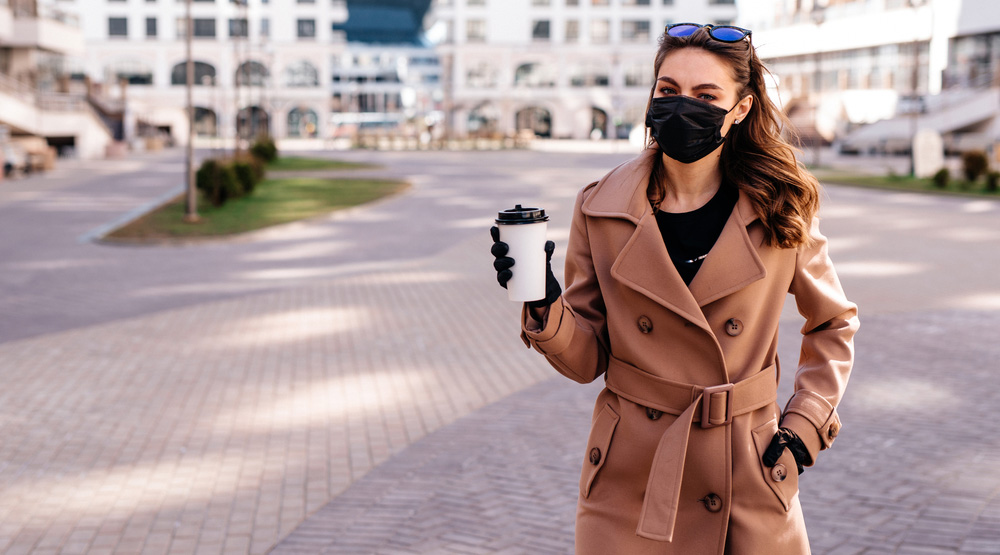 4 Ways to Use Your Commute Time Savings 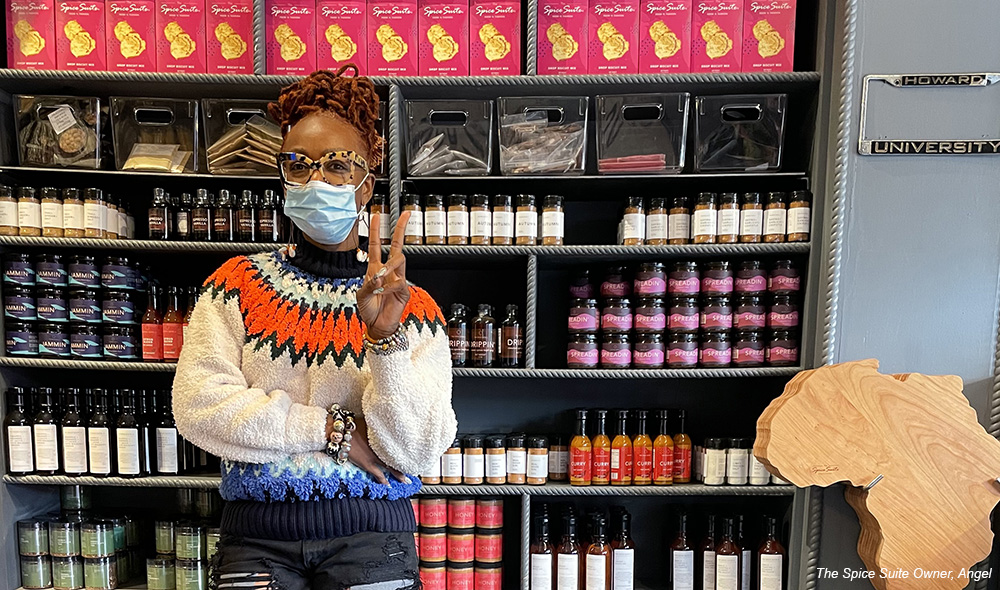 Navigating to Black-Owned Businesses in the District 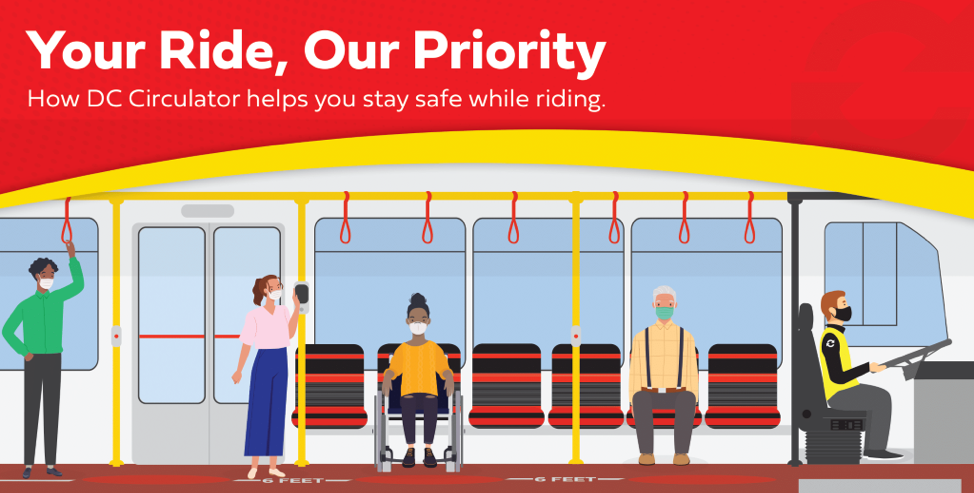